For the fifth year in a row, GAMeC Bergamo returns to the prestigious Palazzo della Ragione, the beating heart ofthe old town, with a new exhibition by Anri Sala. The celebrated Albanian-born artist, who has created a thoughtful dialogue with the iconic Capriate’s room based on his most recent film and sound installation: Time No Longer.

How did Anri Sala use the space to Time No Longer?

Adopting an operating method exploited previously on other occasions, Sala interprets the architectural context “not as a mere container but as an active organ”. In artist’s view, every physical space may enshrine values and memories that, from time to time, interaction with the artwork may reactivate. In the case of the Capriate’s Room, this dynamic is further developed, with a sort of amplification of the effect, in relation to the centuries-old history of the building. Palazzo della Ragione was the first municipal palazzo in Italy, then transformed into the Palace of Justice under the Republic of Venice. Projected onto a 16-meter long suspended screen, Time No Longer focuses on the image of a record player floating in a space station. Anchored only to the electrical power cable, the turn table plays a new arrangement of Quartet for the End of Time: the composition by French musician Olivier Messiaen.

Quartet for the End of Time

During World War II, Messiaen (1908-1992) was captured in Verdun and taken prisoner in a German camp. It was at this time that wrote Quartet for the End of Time, presenting in 1941, with three musicians who had also been imprisoned. To Time No Longer, Sala drew inspiration from the quartet’s solo movement, The Abyss of the Birds. The piece was written for clarinet and played by Algerian comrade Henri Akoka. The solitude of his clarinet is echoed by the story of Ronald McNair’s saxophone. In 1986, McNair, one of black astronauts to reach space and talented professional saxophonist, planned to record a solo on the Space Shuttle Challenger. It would have been the first original piece of music recorded in space if space craft not disintegrated after lift off. Tragically killing all the astronauts on spaceship. The shuttle displayed tragic fragility, evoking vulnerability of Messiaen’s prisoner status.

Anri Sala and Time No Longer

In collaboration with musician André Vida, and sound designer Olivier Goinard, Anri Sala thus creates a duet between two instrumental voices. A performance without a performer where the clarinet merges at times with the saxophone, uniting two moments distant in historyand time, but joined by a profound sense of solitude and determination and great will. The musical composition constitutes a soundtrack of intention, alluding to McNair’s planned but never executed recording. The suspended film and the darkness of the Capriate’s Room evoke the absence of light and gravity in the universe. Tell about the dimension of emptiness in which the record player floats. In the room, the darkness is interrupted at times by flashes of light from lamps positioned to the back of the screen. Following the rhythm of the music, light up the room and, along with it, the paintings and frescoes on the walls.

The figures portrayed, among the Virgin Mary and the city’s patron Saints Alexander and Vincent appear dialogue with the four musicians from the Quartet for the End of Time. There are also the figure of Justice, four minstrel angels intent on playing their instruments, a viola, a cornet, a flute and an organ. Testify to a humanity that exists no more, linking various time frames, crossing the past, present, and future. A drift in boundless space, as 16 dawns and 16 sunsets follow, the record player thus finds a way to remain anchored to history. On the occasion of the Anri Sala exhibition, the first volume of a new series of essays will be published by NERO and GAMeC. It links to the exhibition projects staged at Palazzo della Ragione in Bergamo. The author of the first essay will be the French philosopher and musicologist Peter Szendy. 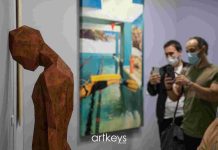 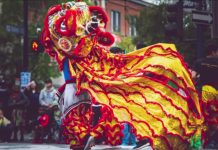 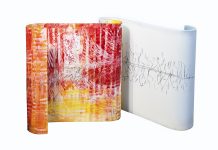 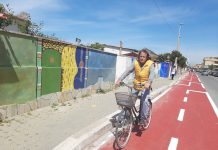 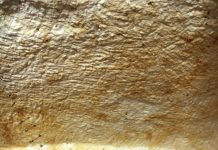