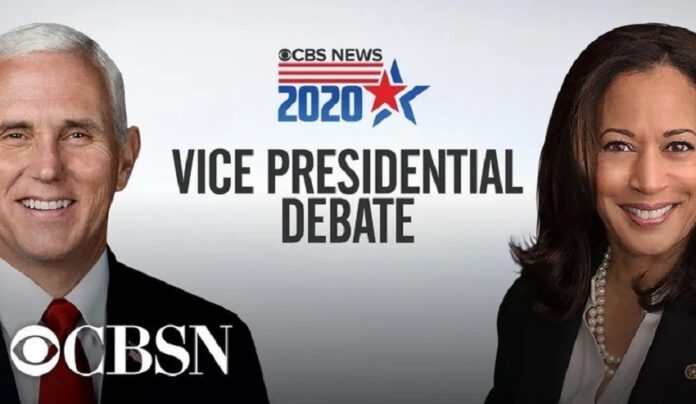 The waited VP debate between Kamala Harris and Mike Pence is going to the air tonight. The debate moderator will be USA Today’s Susan Page. This debate will be divided into nine rounds, each one of 10 minutes. There has already been a diatribe between the two candidates. In fact, Harris wants a Plexiglas, while Pence did not wnat at first. Now it seems that he has accepted it.

The waited VP debate will go to the air tonight

Spotlights on the USA 2020 debates come back on tonight. The first and only VP debate will go to the air. It will be interesting to to look at what is going to happen, mostly because this is the frst debate after Trump was tested positive for coronavirus.

The debate will take place in Salt Lake City, Utah, and it will be moderate by USA Today’s Susan Page. It will concern senator Kamala Harris and outgoing vicepresident Mike Pence.

Today, a diatribe between the two candidates has already started, and it concerned the debate’s modalities. In fact, Harris, due to the covid, asked for a Plexiglas between her and the adversary. However, Pence refused, but then he changed his mind.

An inportant question, which is surely going to emerge at tonight’s debate, will be the coronavirus pandemic and Trump’s health management. Harris will try to attack Pence due to his role into the Covid-19 White House task force. Moreover, she wll attack the Trump administration because of the bad management of the health emergency. However, she will have to show the American people she is supportive with Trump’s health.

Pence has the difficult task to clean up the past Trump’s performance. The outgoing vicepresident is calmer and more moderated than Trump, so he could reassure Republicans. The role of the moderator will be important, too. In fact, she wil have to calibrate the argument between Harris and Pence.

Last week’s presidential debate put in a bad light Trump and the GOP members. Biden even exceeded Trump of 21 points. Mike Pence will have to find out some valid defenses for Trump in order to get an advantage among the polls.