In a via-call interview for CBS News, the Taliban spokesman Zabihullah Mujahid claimed Taliban endorses the re-election of Donald Trump, hoping he will put an end on the war in Afghanistan.

Since Trump has has taken the power in Washington, he wants to retire the US troops from the Middle East countries.

In Afghanistan, the Trump administration signed an agreement with Taliban on February. This agreement provides for a complete retire of the US troops in Kabul until March, 2021.

However, this “historical agreement” also provides for a interruption of the cooperation between Taliban and other terrorist groups, as Al Qaeda. So, in a few words, Taliban has to become an antiterrorism group. This aspect is very improbable. The US army observes no collaboration of the Taliban in order to implement this part of the agreement.

The commanding general Frank MacKenzie claimed: “Taliban has not shown in any way they will interrupt relationship with Al Qaeda yet. We have not seen Taliban’s will to respect this part of the agreement”.

Experts are worried about this endorsement

A big part of the foreign policy experts stands against a complete retire of the US troops from Afghanistan. Moreover, they say that the void left by the United States will be occuped by Taliban, and not by the Afghani government. By this way, it could happen as when, in the Obama administration, the void left by the troops in Iraq was occuped by ISIS, so troops has to come back.

Although experts’ worrying on Taliban’s credibility, president Trump declared he will retire the US troops from Kabul until Christmas, 2021.

This piece of news has been accepted with favor by Taliban. In a via-call interview for CBS News, the Taliban spokesman Zabihullah Mujahid claimed: “We hope Trump win the elections and put an end on the American presence in Afghanistan”.

During the interview, Mujahid also expressed worrying for the covid positivity of the US President. In fact, he said: “When we knew Trump was tested positive for coronavirus, we got worried about his state of health. But we think he is improving”.

He went on saying: “Taliban claimed it have a great estimation of the Trump slogan ‘America First’. This slogan means America is not ‘world’s policeman’ anymore”.

A Taliban senior fellow said: “Trump could seem ridicolous for the rest of the world. But for Taliban he is a wise man”. 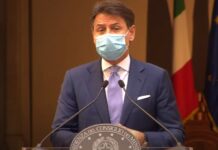 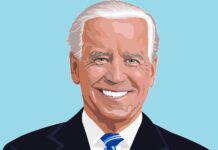 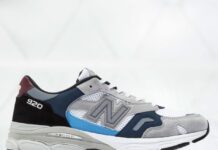