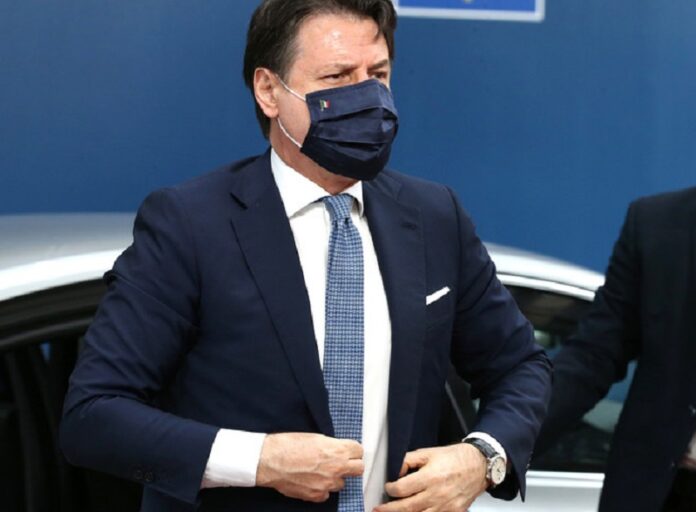 The Italian Prime Minister, Giuseppe Conte, speaks about Recovery Fund form Bruxelles and claims: “Italy will not allow delays”. Speaking about the covid situation in Italy, he says: “Contagions are increasing. We need to maintain the attention very high”.

After the end of the European Council in Bruxelles, the Italian Prime Minister Giuseppe Conte has held a press conference. Here he has spoken about Recovery Fund and the outbreak of the coronavirus in Italy.

Conte has claimed: “Italy won’t allow anyone can alter the Recovery Fund entry into force. Our citizens cannot contemplate technical discussions, which bring to the delay of the schedule implementation”. He has then said: “We need to work, in order to implement this schedule. Italy will not allow delays”.

Conte claims that it is better to extend the emergency until this date, instead of declaring this one each month. The Prime Minister has highlighted that the state of emergency is now current. And this does not mean that there is a lockdown or that there is someone who is abusing of full powers.

He has said: “Simply, the state of emergency give us the permission to hold a serie of powers and the necessary faculties, hold on the functions of the civil protections and recruit a task force of medical experts. This is the sense of a request for an extension of the state of emergency”.

Giuseppe Conte has declared that the covid situation is better in Italy than in other countries. However, the outbreak increasement demonstrate citizens need to maintain their attention on.

The Prime Minister has claims also that the worryings on the pandemic were shared in the European Council.

Finally, Conte suggests Italian people to download the Immuni App, by saying: “It is a moral imperative”.

The prime Minister Giuseppe Conte declares that data remains anonymous, and also localization is disabled. Privacy is totally respected. “To download this app gives our prevention system the permission to be more efficient”.