In June 2018, during the ceremony for the 204th anniversary of the foundation of the Corp, the Carabinieri station of Piacenza Levante was awarded for special merits.

In fact, the commander of the Carabinieri legion Emilia Romagna awarded the members of the station a special mention “for their remarkable operational and institutional commitment and for the results achieved especially in the fight against the phenomenon of drug trafficking”.

An award that only two years later smells of mockery. The Odysseus investigation, coordinated by the Chief Prosecutor of Piacenza, Grazia Pradella, has revealed a system of widespread illegality: illegal arrests, arbitrary searches and personal inspections, aggravated private violence, torture, extortion, fraud against the State, receiving stolen goods, trafficking and dealing drugs. These are some of the crimes that the arrested Carabinieri have been accused of in various ways.

The role of the carabiniere Montella

At the head of the “gang” of the Levante station, according to what emerges from the papers of the investigation, there was carabiniere Giuseppe Montella, known as Peppe. A low rank soldier who, however, did not pay attention to expenses: in addition to the 270 thousand euro villa outside Piacenza, over the years he had allowed himself the luxury of changing 11 cars, including four BMWs, a Porsche Cayenne and two Mercedes, and 16 motorcycles.

According to the investigators, Giuseppe Montella was posing as the station commander. It was he who gave orders and gave directives to his colleagues, even those of a higher rank.

He is always the one who makes the operational choices upstream, in spite of his rank, replacing and overwhelming the real commander, Marshal Major Marco Orlando.

Who seems to be a simple executor of other people’s orders even when he calls Major Stefano Bezzeccheri at Montella’s invitation to get the car (to do various services in plainclothes aimed at making arrests ).

All this endorsed by the same major who, because of his own work options, crosses the hierarchical line by interfacing directly with a simple note rather than with the Marshal Major”.

In the order of the gip Luca Milani details emerge that make the skin crawl. At least from the outside the military of the Levant seemed ready to do anything to enforce the law. So much so as to deserve a special commendation for the results obtained.

In reality, according to the investigators, they didn’t hesitate to resort to lies in order to appear to be worthy of duty in the eyes of their superiors.

And they did not shy away from resorting to quick methods with regard to people suspected of crimes.

The accusations against the Carabinieri: statements extorted with beatings.

In particular, the Ordinance refers to the fact that an Egyptian was arrested for the transfer of drugs. According to the account that the station marshal makes at pm, 24 grams of hashish, 75 euro and a cutter were found.

From the interceptions, however, it emerges that the description of the facts was not true, that is, there had been no transfer. The one defined as the client was nothing more than a man who had left the building and who was beaten and deprived of his cell phone and wallet. While the pusher in the barracks was beaten at least three different times.

During the afternoon Montella, we read in the ordinance, divided into doses the drug found to aggravate the position of the foreigner.

The magistrate was told that the arrested man had admitted his responsibilities. While the arrested man was made to sign a report of spontaneous statements that had instead been extorted with a beating.

“Once again – writes the gip – the attitude of Commander Orlando is completely censurable, who first communicated false circumstances to the pm, then endorses Montella’s actions in extorting spontaneous statements knowing that this would not have happened with grace and kindness”.

Marshal: “I don’t want to stay here, they’re doing what they want

The military of the Levant were not exactly champions of kindness can also be clearly understood by listening to the words of a marshal recently in force at the barracks, who speaks with his father.

“I don’t want to stay here … they do things how they ‘re doing what they want … that the commander …”. And then: “Do you know why they can afford it? Because they bring the arrests. They have someone that help them!”

As we have seen the young marshal had been forced to recognize that, in the presence of results in terms of arrests made. The senior officers were willing to turn a blind eye to the intemperance and irregularities made by the military under their command.

The circumstances reported – explains the Gip – close the circle regarding the serious facts described. In virtue of a peculiar conjuncture, in the same historical moment, in the same Carabinieri company of a small city like Piacenza, a military man inclined to exploit his own role to increase the profits of the illicit activities carried out at the same time (Montella) and a commander (Bezzecheri) who not only did not operate any vigilance activity to realize such scenarios, but rather ended up absenting them, spurring Montella to turn his service towards the maximum result to be achieved with the minimum effort. 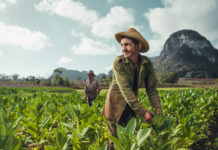 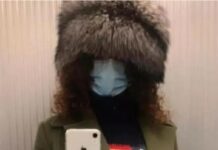 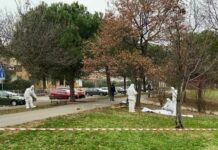 Trump is abdicating from his responsibilities 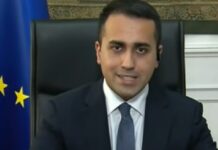