Fondazione In Between Art Film presents Penumbra, exhibition opened till 27th November at the Complesso dell’Ospedaletto and Church of Santa Maria dei Derelitti in Venice. A event of the 59th International Art Exhibition, La Biennale. Curated by Alessandro Rabottini and Leonardo Bigazz, Artistic Director and Curator at the Fondazione, it will feature eight new video and filmic installations.

Who did partecipate to exhibition at church of Santa Maria dei Derelitti?

The event takes inspiration from the rarefied atmosphere of Venice and from the hybrid architecture of the Ospedaletto and the church of Santa Maria dei Derelitti. The exhibition is conceived as a stage where images, sounds and the set design arein reciprocal dialogue with the architecture and its history. It explores moving images as a site of material and metaphorical transformation. The concept of penumbra is addressed on two levels. In material terms, the absence of light is the necessary condition for making moving images visible. Then in metaphorical,semi-darkness is interpreted as a threshold or place of transition within which the contours and appearance of things blur together. Understood as the space weinhabit as much at nightfall as at dawn, semi-darkness redefines the distinction between true and false, historical memory and personal specters.

Built in 1517 as a temporary structure to shelter destitute people, the Ospedaletto soon became one of the most important hospitals in Venice. Over the centuries, the Complex was reworked following contemporary tastes, from Baroque style until the 1950s. The architectural stratification, contributions to which were made by Baldassare Longhena, Giambattista Tiepolo, Giuseppe Sardi, and Jacopo Guarana, corresponds with changes in the ways itwas used, transforming from a hospital into a rest home. Finally became a cultural centre thanks to Ospedaletto Contemporaneo promoted by Venews Arts.

Curators Alessandro Rabottini and Leonardo Bigazzi comment the event. “The spaces of the Complesso dell’Ospedaletto evoke a polyphony of stories, times and functions. For centuries, this has been a place for care and hope, and today its architecture manifests multiple narratives stratified over time. It allowing us to understand that the built space, like a movie, is a metamorphic machine. Starting from this very special context, the exhibition Penumbra brings together eight new video installations commissioned to as many international artists. So it accompany us through the multiple meanings that the concept of a grey area brings forth. Fromdark to light, from human to non-human, from history to fiction, and from truthto uncertainty. From literal interpretation of ‘penumbra’ as the effect of a solareclipse on the Earth, we move to the metaphorical interpretation. So a space where demarcation between opposing categories proves to be ambiguous”.

The exhibition opens in the Church of Santa Maria dei Derelitti with Masbedo’swork Pantelleria(2022). Video tragically resonating with the present days, engages with the tension between the truth and its ideological distortion. It continues with works by Karimah Ashadu, Ana Vaz, and Emilija Škarnulytė that address the human relationships and environment in their different manifestations. Karimah Ashadu’s Plateau (2021) portrays a group of undocumented tin-miners in Nigeria’s Jos Plateau, exploring the implications and risks of their work in the detrimental after math of the British colonial regime. It is Night in America (2021) by Vaz is a meditative portrait observing the many species that have been rescued and live in Brasilia zoo.

Emilija Škarnulytė’s Aphotic Zone(2022) weaves together the horrors of ecological destruction and colonialism into a subtle meditation on surviving the ravages of human greed. Škarnulytė’s installation, that echoes the 3D scanner laser technology seen in the video, extends its reach to the spiral staircase and guides the viewer up to the first floor. Across different rooms, there follow three works by James Richards, HeXiangyu, and Jonathas de Andrade confronting psychological and physical reflections. In the concert hall decorated with illusionistic paintings, James Richards’ Qualities of Life: Living in the Radiant Cold(2022) compiles images of domestic still lifes. Presents and clips of civic sewage systems into a musical suite to look closer at the private and public dimensions of contagion, hygiene and decay.

Xiangyu’s House of Nations (2021) is an intimate and elusive portraitof a Chinese man living in a Berlin rooming house for international students. Shown in the former pharmacy of the Complesso dell’Ospedaletto, Olhoda Rua (Out Loud, 2022) by Jonathas De Andrade casts a temporary community of homeless people in a series of performative acts. Using art and radical pedagogytools to collectively rethink reality and the idea of self-representation. If the exhibition opened with the dawn in Pantelleria, it closes with the night in Kabul. Video filmed in the Afghan capital right after the recent Talibans’ invasion, Aziz Hazara’s Takbir (2022) observes darkness as a thick space to escape from or to take refuge in.

Beatrice Bulgari, President of Fondazione In Between Art Film, speaks about the event. “As a passionate advocate of moving images and patron of institutions such as MAXXI Museum, Tate Modern, I created Fondazione In Between Art Film in 2019.The aim is formally extend this support directly to international artists, curators and writers working in the field of moving images. Our commitment is increasingly focused on commissioning and producing original works. I’m in close contact with the artists through the process of realising their visions feeds to further the role and potential of the moving image in our time. Venice is a unique city and its Biennale is an international stage, which makes it a natural choice for our first exhibition. I am pleased to bring eight new commissions to the attention of the global public, with the hope of contributing to the cultural life of the city”. 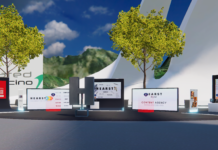 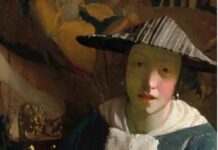 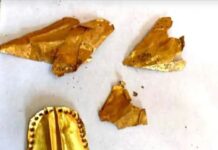 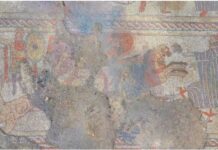 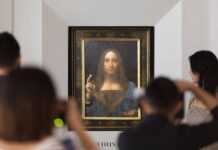