To mark the tenth anniversary of death of the Austrian Artist and Architect Walter Pichler (1936-2012) Museion is dedicating its Passage spaces on the ground floor of museum. The exhibition, curated by Andreas Hapkemeyer, is prepared also in Cubo Garutti. Born in the South Tyrol, Pichler is regarded as one of the great lone anti-conformists of 1960s international art. Open till 4th September.

Exhibition will include the 1991 House in the Gorge cycle, a body of 11 drawings belonging to the Museion Collection. The artist develops the idea of building a tower in the Eggenbach Gorge, which would only have been lit from above as the gorge is so narrow. Drawings are a kind of preparation for the House next to the Smithy in Birchabruck, completed in 2002. Low building also lit from above, was designed as a refuge for the artist and a place for his family to meet. Two of the drawings on display that belong to the family’s collection, also narrate project. The smithy that stands next to house, had belonged to the Pichler family for generations and was used also by the artist’s grandfather and then by his uncle. House, the smithy and a Platform overlooking the river, originally designed along with them, but only completed in 2015.

House next to the Smithy is an example of a highly complex fusion of traditional, almost archaic construction methods using river stones and advanced, modern technology. Use its glass roof and laser-welded steel sections. The entire interior was designed by the artist himself and constructed, in part, using cutting-edge technology. The advanced aspect of the build, with which Walter Pichler enters into dialogue here for the first time, was made possible by his cousins. He run an internationally active steel company in Bolzano.

Walter Pichler’s oeuvre is characterized by a vast production of drawings, sculptures and architectural constructions. Boundaries between the various arts remain completely fluid. His first works come from the field of utopian architecture that emerged in Vienna and then spread across the international scene in the 1960s. Exhibitions at the MoMA in New York and important museums and galleries in Europe, including the Venice Biennial are clear indications of the international claim of artist. His most important sculptures, which are displayed in architectural shells made partially of wood, are located in St. Martin in Burgenland, where lived until the end of his life. With Walter Pichler (1936 – 2012). Architecture – Sculpture, Museion pursues its goal of drawing attention to these extraordinary and little-known sculptural architectures of the artist.

Austrian Sculptor, Architect and Designer, Walter Pichler was born in1936 in Deutschnofen in the Ega Valley, Alto Adige. In same year his family moved, due to the political situation in Alto Adige at the time, to Austria. Then in 1955 he graduated at the Hochschule für Angewandte Kunst in Vienna. In 1963, together with Hans Hollein, he created the Architektur exhibition at the Galerie nächst St. Stefan. They sought to liberate architecture from the constraints of building, and sculpture from the constraints of arid abstraction. Then, in 1967 he created the Visionary Architecture exhibition at MoMA in New York with Hans Hollein and Raimund Abraham. In 1968 he took part in Documenta 6, in Kassel.

Pichler bought in 1972 a piece of land in St. Martin (Burgenland – Austria) where he exhibited his sculptures inside custom-built architectural constructions. In 1975 he exhibited again at MoMA with Projects, and in 1982 he took part in the Venice Biennial, then in 1998 he exhibited at the Stedelijk Museum, Amsterdam. He built in 2002 his House next to the Smithy in the Ega Valley. He died in 2012. In 2015, his design for Platform above the Stream that completes his house project in the Ega Valley, was constructed posthumously. 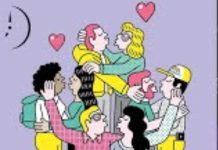 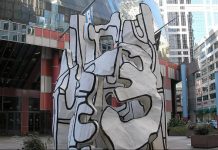 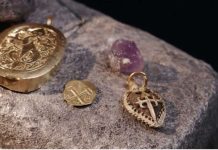 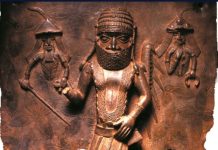 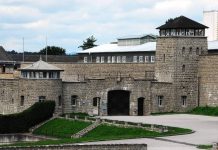